How to draw a 5 point star with a compass

To celebrate this year’s winter solstice and the once-in-a-lifetime conjunction of Saturn and Jupiter, I created this stippled star design. It’s basically a series of 5-pointed stars drawn by stippling thousands of dots. I also held 3-hour workshop on stippling and geometric art and will repeat it from time to time, so do let me know if you’d like e to run another one. It’s easy to draw a perfect 5 point star using a compass and ruler. Here are two methods with step by step instructions on how to draw a 5 point star. 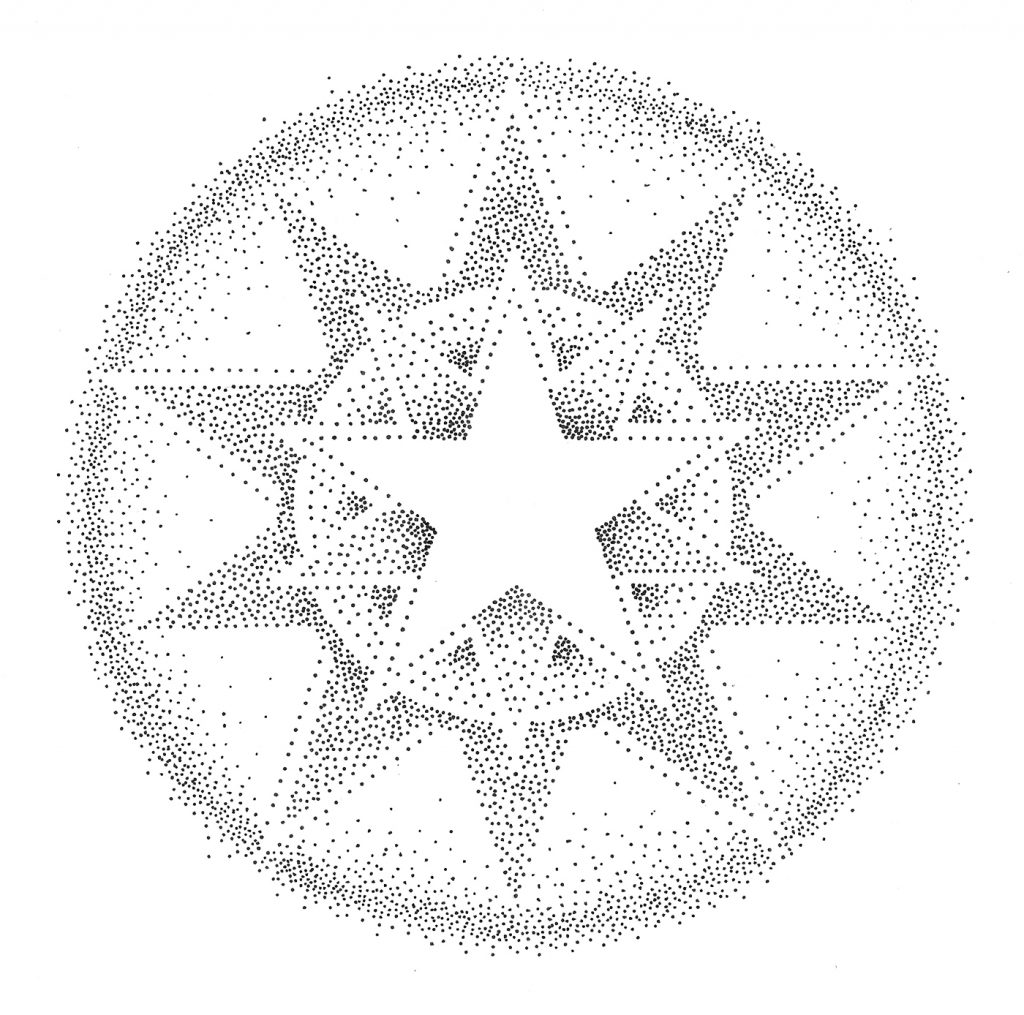 I used a Sakura Micron Pigma Pen, which has a nib that is just 0.5 mm, to draw the above image but you could also consider a finer point to draw a more intricate design with even more dots.

As you will see, a simple 5-pointed star can be drawn either with or without a protractor. There’s an elegance about drawing it without a protractor that I love but try them both out and see which one you prefer. If, however, you’d like to try something a little more challenging check out my Star and Cross Pattern Tutorial.

Here’s what you’ll need to draw a 5 point star. Note, you won’t need the protractor for the first method.

1. Draw a circle in the centre of your paper.

2. Draw a line straight down through the centre of your circle.

3. Make your compass slightly wider than your original circle and place the point of your compass where the line intersects with the bottom of the circle (marked by a black cross). Draw two short arcs as shown below.

4. Do the same from the other side of the circle so the arcs cross.

6. Place the point of your compass in the centre of your circle and draw two more arcs as shown below.

7. Place the point of your compass on the intersection of the horizontal line with the left-hand side of the circle and draw to more arcs that cross with the previous two.

8. Join the two crosses you have just created with a second vertical line. This line runs parallel to the original vertical line.

9. Place the point of your compass in the intersection of the two lines you’ve just drawn and draw a circle that passes through the centre of your original circle (as shown below).

10. Now place the point of your compass on the intersection of the vertical line that passes through the centre of the larger circle and the lower edge of that circle. Draw an arch semi-circle that kisses the edge of the small circle.

11. Keeping the point of your compass in the same place, draw a second arch that kisses the other side of the smaller circle.

12. The intersections marked with green crosses below, should be equally spaced around your original circle and are the five points of your star.

This forms a pentagram, a symbol of great significance in numerous cultures since ancient times.

14. Keep the pentagram in pencil and you can use it to draw the outline of your 5 point star in ink.

While I love the elegance of drawing geometric designs simply using a compass and a straight edge, if you want to draw a more complicated star design you may find it easier to use the following method. 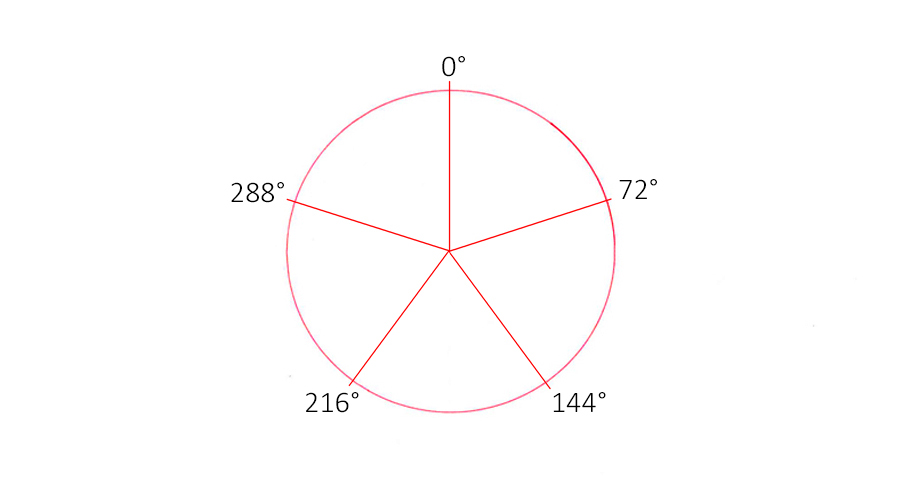 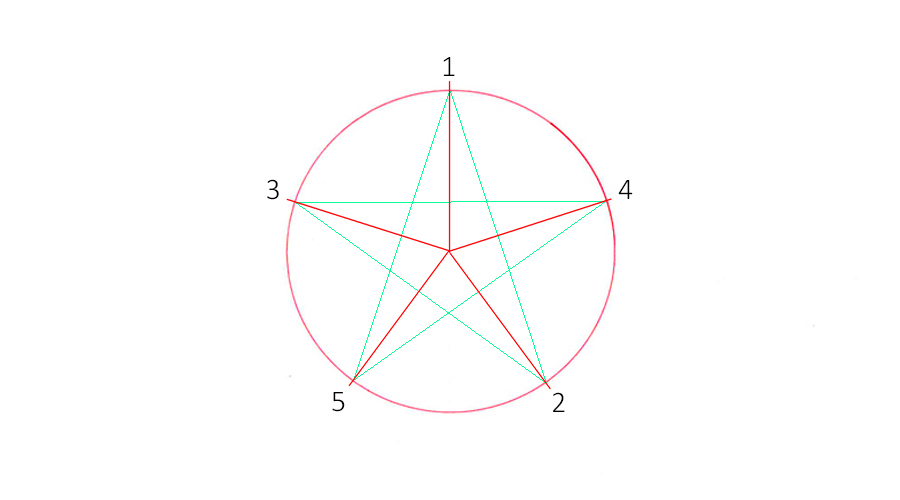 As before, you can draw over the outer lines of the pentagram to give you a perfect 5-pointed star.

What is the Christmas Star?

This winter solstice, 21st December, the two largest planet’s Jupiter and Saturn appeared closer together in the sky then they have for some 800 years. It was rumoured that they will be so close that they will look like one bright star. There is some debate about this but whether they will or not depends on where you are in the world, how good your eyesight is and the weather conditions. If you have poor eyesight, you may well see them as one bright star, and due to the time of year, it’s no surprise that people are calling it a Christmas Star. Last night was overcast where I live and the best night for seeing the stars during this conjunction may turn out to be Christmas Eve.

So what was the original Christmas Star? Some believe that the unusually large bright star referred to in the Bible that appeared at Jesus’ birth was a conjunction of planets. But that is just one of a number of theories. We don’t know the year of Jesus’ birth or even the time of year for sure.

There are no end of designs you can create starting with this simple star and by using techniques such as weaving or stippling. More blog tutorials coming soon.

Sign-up for my newsletter to keep up to date with all my news and new classes including my recently launched live online workshop on stars and stippling! 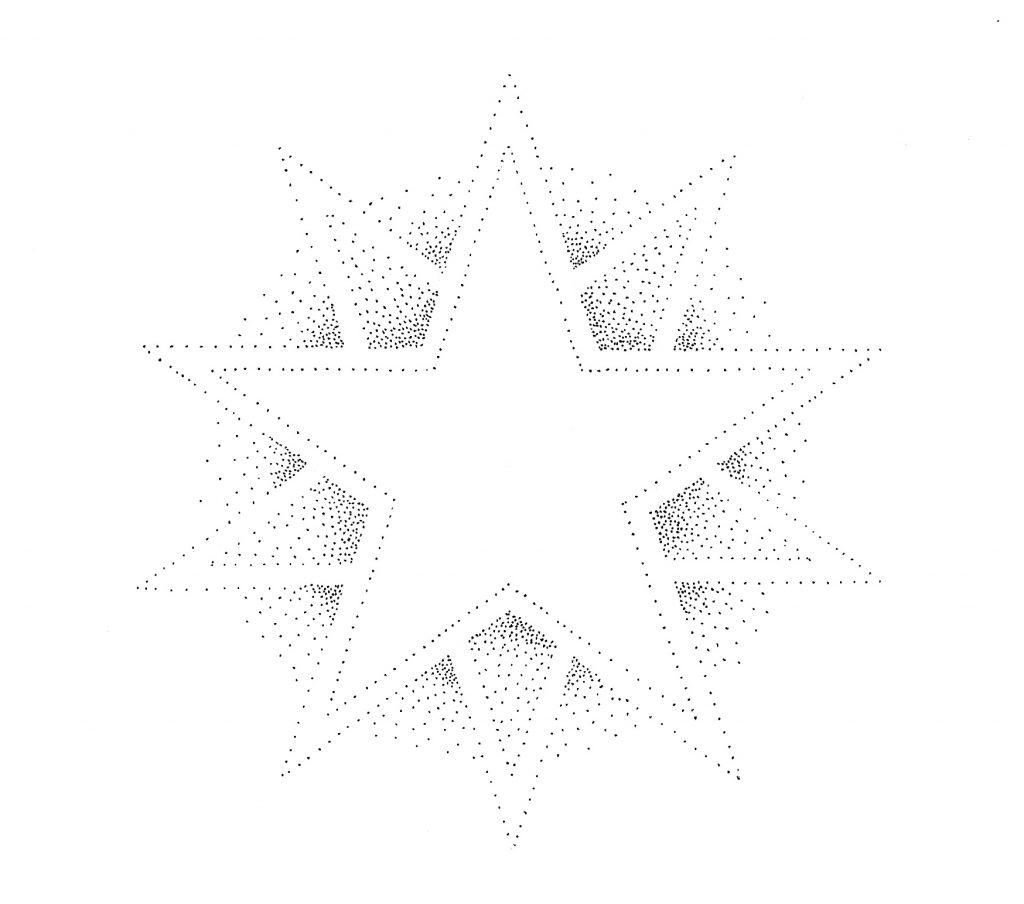