Day of the Dead Mandala

One of the most colourful festivals in Mexico, Día de los Muertos, or Day of the Dead, is celebrated every year across Latin-American cultures on All Saints’ Day and All Souls’ Day, the 1st and 2nd November. With bold colours, skulls and flowers inspired by Mexican art, drawing a Day of the Dead Mandala is a fun way to bring a bit of colour to a rainy autumn afternoon.

If you’d like to learn how to draw it yourself you can join me for a live small group online class. 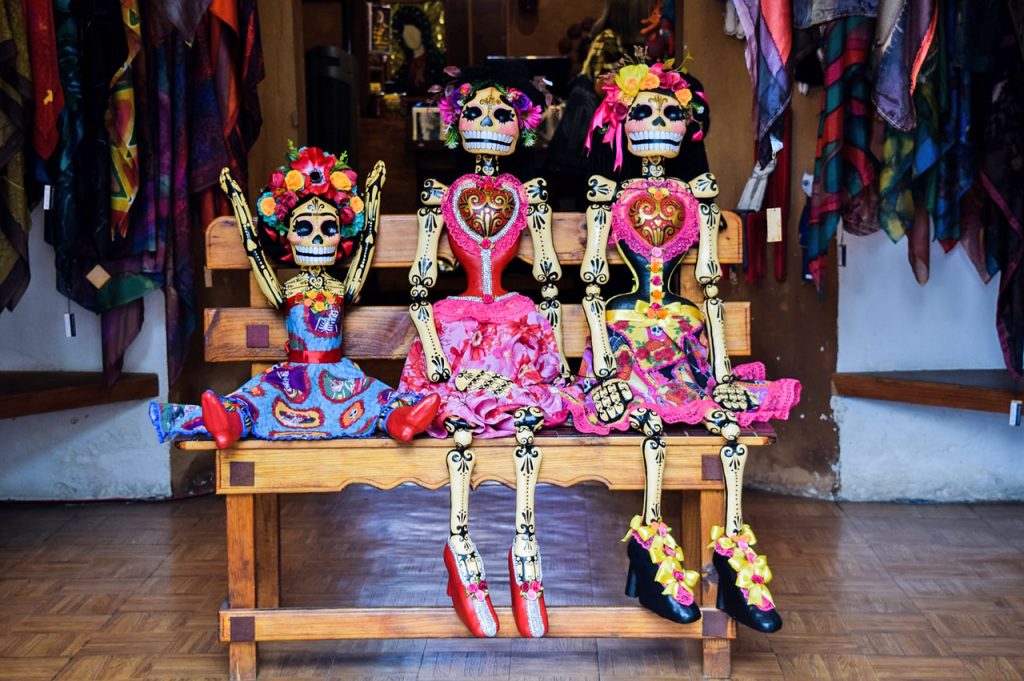 Above: Photo by Valeria Almaraz

What is the Day of the Dead?

If you think that the Day of the Dead is a Mexican version of Halloween, you’re mistaken. It’s roots, traditions and tone are entirely different.

Several thousand years ago, the indigenous people of Mexico including the Aztec, regarded death as a natural phase in the cycle of life. Mourning the dead was seen as disrespectful. Instead, they were still considered members of the community and always to be honoured and remembered, especially on Día de los Muertos when they returned to Earth, temporarily.

Today, the celebrations are a mashup of ancient rituals and Christain festivities resulting in a vibrant two days of parties and parades, eating, singing and dancing with participants donning gaudy makeup and colourful costumes.

The holiday is recognised by UNESCO as an intangible part of Mexico’s cultural heritage.

How is Day of the Dead celebrated?

Altars, or ofrenda, are made inside private homes and cemeteries to welcome the dead. A candle is lit for each soul being greeted. Family photographs and flowers, most often marigolds, are also placed on the altars with a trail of petals guiding the spirits back to their gravesite for when it’s time to return. Plenty of food is also left on the altars – perhaps the deceased’s favourite meal and drink- it’s thirsty work coming back from the dead!

The celebrations spill out onto the streets with parades, singing and dancing. People dress as skeletons with often elaborate make-up.

Below: Day of the Ded parade, image by Darvin Santos

Day of the Dead Arts and Crafts

When I think of Mexican art, bold bright colours and flowers spring to mind, from the floral headdresses in self-portraits by Frida Kahlo to the flowers found on traditional textiles and pottery. And the skulls associated with the Day of the Dead are frequently decorated with flowers and leaves. 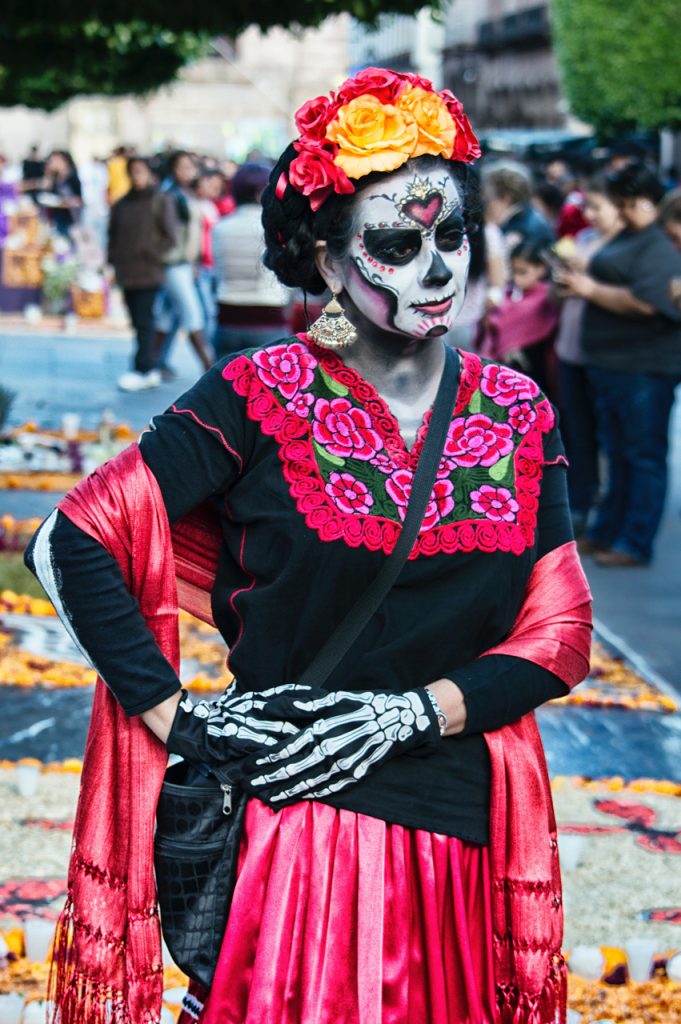 Above: Photo by Genaro Servín, below: Photo by Nick Fewings 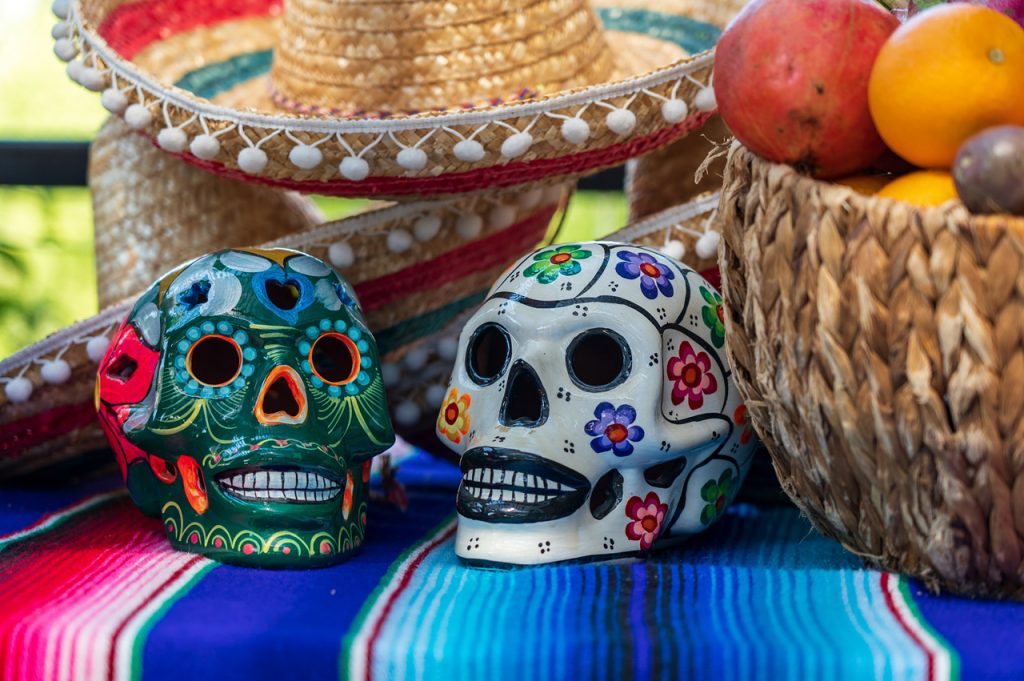 Day of the Dead Mandala to Colour

Here’s my Day of the Dead inspired mandala for you to colour with flowers and skulls as the two repeating motifs. I’ve included a large marigold in the centre, as they are the key flowers associated with this festival. I’d suggest you use bold bright colours and you can embellish it further by adding coloured dots, as I have in the example below.

Click on the image below to open it up as a PDF in a new tab ready to print onto A4 paper. And if you share your artwork on social media, don’t forget to tag @MandalaMeadow #MandalaMeadow.

If you’d like to learn how to draw a similar mandala yourself then join me for my annual Day of the Dead mandala art class held in October/beginning of November each year.

Recommended tools for printing and colouring your mandala

Paper: Color Copy Premium Paper 160gsm A4 White, is a beautiful smooth paper that I love drawing mandalas on. It is suitable for printing on and colouring using coloured pencils and pens.

Colouring pens: I used Arteza Brush Pens (without water) for the larger areas of colour and Arteza Fineliners for smaller areas.

For more tips on equipment read my post about mandala drawing tools.